Controlled with Veronte Autopilot, the “Helicopter Adaptive Aircraft” (HADA) is a reconfigurable UAV capable of flying in both helicopter and airplane modes.

The aim of HADA (Helicopter Adaptive Aircraft) project is to combine the capabilities of both helicopter and fixed wing aircrafts. All this achieved with an innovative design that permits to take-off, land and hover flight in helicopter mode and perform cruise flights in a fixed wing configuration.

This fully autonomous system is capable of in-flight morph between VTOL (Helicopter Mode) and conventional fixed wing (Aircraft Mode) configuration. Switch is as simple as folding or unfolding the two retractile wings that are beneath the fuselage and transferring power to the main rotor or pusher propeller.

A typical HADA mission may include the following phases:

Datalink radio is installed within the system, permitting to inflight edit the mission and to monitor the flight within a range up to 90 Km. Manual aircraft control can also be taken at any time during the flight in case it is required by operator. 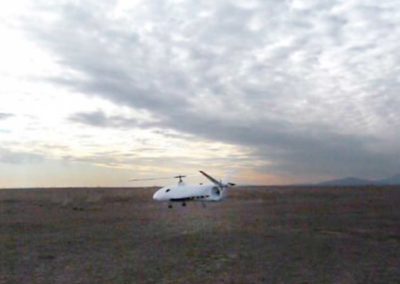 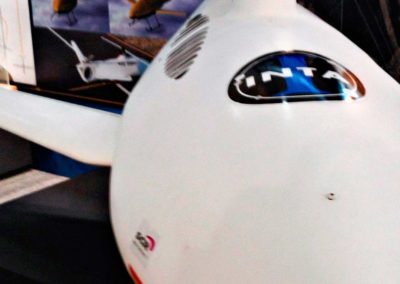 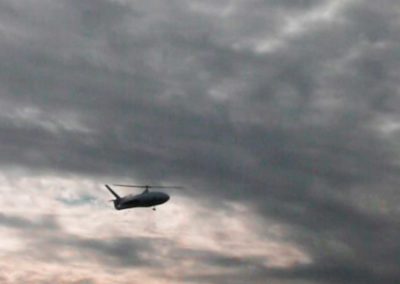 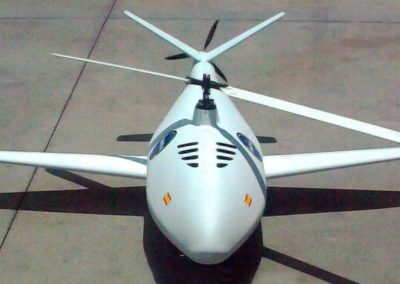