FUS35 is a high-performance class I tactical drone helicopter for surveillance operations. This turbine helicopter developed by Cavok UAS has been carefully designed for the operation on the harshest environments.

High power given by the turbine permits the helicopter to operate in high wind conditions and in extreme environments. Including high altitudes, deserts and other critical missions. This drone has been specifically designed to operate in environments in which no other VTOL drones can operate.

Turbine optimization has been carried out so the drone helicopter can perform high endurance flights and carry a significant payload. All this is performed having a low level of vibrations thanks to the rotative movement of the turbine. The low level of vibration present in the system increases video quality and enhances airframe robustness. Reducing structure maintenance and breaks due to material fatigue.

The embedded Veronte Autopilot unit permits to perform fully autonomous missions, including takeoff and landing, at the time it enables advanced functionalities in the drone. The flexibility given by the Veronte Autopilot is used to optimize aircraft performance to end-user needs. Failsafe, automatic actions, payload customization… it is customized for customer requirements reducing customization time and cost.

Veronte Autopilot can be installed in its single-core or 4x Redundant version. Veronte Autopilot redundancy includes multiple cores on the control system. These are managed by an arbiter board that is continuously monitoring the status of all systems in the aircraft. It will switch control from one module to the other in case a failure is detected in any of the cores.

The advanced gimbal control and the dual camera installed in the FUS35 turbine helicopter permits to perform surveillance operations in several scenarios: border control, pipeline inspection, camp surveillance… at the time it enables other missions such as SAR (Search And Rescue).

All this advanced performance is combined with a redundant datalink maximizing the robustness in communications. The dual datalink has been specifically designed for avoiding interferences or jamming at the time it can be used with the Veronte Tracker system for maximizing the operational range.

We are pleased to work with the Cavok UAS team and the FUS35 system. This turbine helicopter has meant the beginning of a long-term collaboration in several UAV projects between Embention and Cavok UAS. 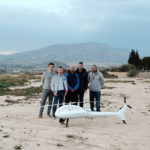 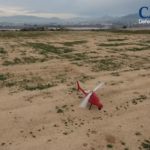 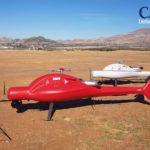 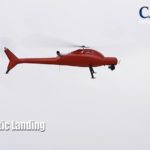 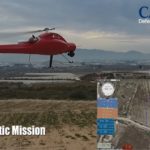 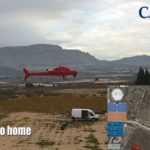 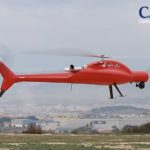 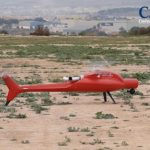