FT-ALTEA is 6 meter wingspan aircraft with an 80Kg maximum takeoff weight (MTOW). Issued with an experimental Airworthiness Certificate Special with registration EC-008 on a first step and, later on, being the first RPAS issued with an airworthiness certification in Europe, plate EC-LYG.

It is a high wing aircraft with an H-tail and pusher propeller configuration. Autopilot installed provides fully autonomous flight capabilities, permitting to perform completely automatic flights from take-off to landing.

For certification purpose, the system has been developed as a fully redundant system, having redundancy in all critical elements in the aircraft: power supply, actuators, control surfaces, sensors… all managed from the triple redundant autopilot installed.

On the FT-ALTEA project, Embention develops EKO, a custom made control system including 3 Veronte Autopilot cores for providing triple redundancy to the system, all managed from a dissimilar microprocessor.

This control system is in charge of redundancy management, installing an arbiter capable of switching between different redundant modules installed. All three redundant cores include sensors and functionalities to control the complete system by their own. Providing a failsafe system, capable of safely finish the mission in case a component fails.

During system certification, Embention qualified Veronte Autopilot according to DO254 & DO178 / ED-12 regulations DAL B. Being the first commercial autopilot worldwide with such degree of compliance.

Embention´s developments within the scope of the FT-ALTEA project are not limited to the control system. Redundancy power management electronics installed on the aircraft is also in charge of Embention.

FT- ALTEA is led by Flightech Systems SL, in charge of system development management. Being Embention´s role the development of certifiable control system and power management electronics, together with flight test support and documentation drafting for system certification. 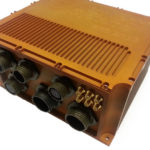 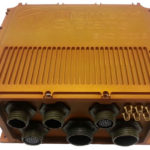 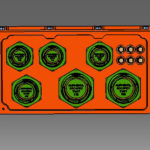 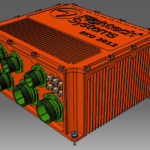 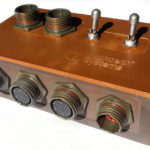